http://camplrca.com/
The mission of Camp LRCA is to bring people of all ages to the saving knowledge of Jesus Christ as their Lord and Savior and to challenge Christians to a deeper spiritual commitment to Christ and the Church through Bible-centered programs. Its purpose is to provide the best possible environment for helping young people to play and pray and grow into productive citizens in their communities.

http://www.worldviewweekend.com/
Worldview Weekend is America’s largest Christian worldview conference series. Founded in January of 1993, Worldview Weekend sponsored conferences in anywhere from 40 to 50 cities each year with an annual attendance of approximately 35,000 to 50,000.

http://www.biblegateway.com/
Bible Gateway is a Christian, mission-centered enterprise, focused on making Scripture freely available on the Web in multiple languages and translations. While committed to excellence in the presentation of Biblical content, it is governed by a set of theological affirmations. This is not intended to restrict use of the site but rather to promote trust in its content.

http://www.prophecytoday.com/
Dr Jimmy DeYoung has resided in Jerusalem for the last 18 years where he held full credentials as a journalist in the second most populated journalistic city in the world. Arriving there just 3 days prior to the Gulf Crisis in 1991, he weathered 39 Scud attacks. Jimmy gave reports nationwide on several networks during the Gulf Crisis. He has his finger on the pulse of what is considered the media “hot spot” of our time, the Middle East. On his travels throughout the US and around the world, Jimmy brings with him the latest news from out of the Middle East with a unique blend of political, biblical, and prophetic insight that can not be found in the media today.

http://roncarlson.com/
Christian Ministries International, founded in 1975 by Dr. Ron Carlson, is a ministry devoted to Evangelism and equipping Christians to have “Answers for their Faith,” I Peter 3:15. Our specialized ministry involves both refuting the false teachings of the Cults, World Religions, and Evolution and sharing the Gospel with those ensnared by false religious philosophies.

http://www.thestraightway.org/
Founded by Usama Dakdok in 2001, the Straight Way of Grace Ministry travels throughout the Unites States equipping Christians to be effective witnesses of Jesus Christ to their Muslim neighbors, as well as ministering to Muslims directly. 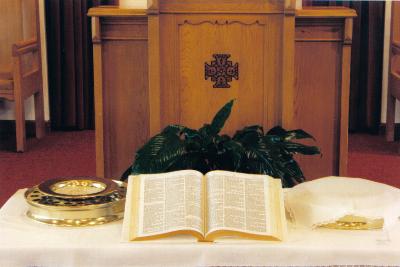